The joys and sorrows of publicity and your brand

This is story of sorrows. 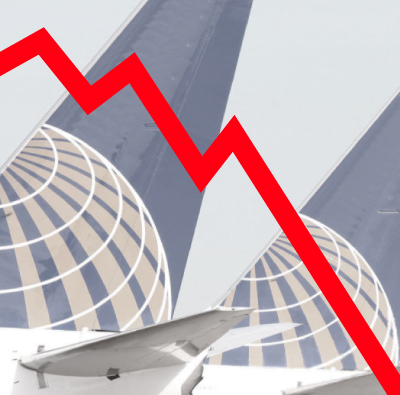 Recently United Airlines self-propelled themselves again before the court of public opinion. Last month it was for rejecting a passengers (who happened to be also be employees) wearing leggings. This month, they forcibly ejected an ticketed passenger to make room for four employees who needed to dead-head to another flight. The immediate response by United's CEO, Oscar Munoz, turned out to be one of the biggest blunders in recent corporate history—he blamed the passenger. United's stock dropped $1.4 billon in the next couple of days. Yeah, it was really dumb. After two days of public outcry Munoz issued a more heart-felt apology, but it was too late to repair the damage that has been done to the brand, the stock, passenger loyalty and, most importantly, trust.

It wasn't entirely the CEO's fault. First, airlines can ask passengers to deplane. However, the ingrained policies that allow over-booking and the involuntary removal of passengers is counter to the kind of brand experience that instills consumer confidence. As a result of the fallout from this event, United announced they are reviewing these policies, but again, the damage is done.

United is not the only brand to stumble in the public eye. The other international company that comes to mind is Volkswagen, who deceived our very own Environmental Protection Agency and lied to their customers. Their immediate response was disingenuous and even less forthcoming then United's. I'm sure they issued a more sympathetic subsequent apology, but I can't recall it. And as a lifelong Volkswagen owner, I have vowed never to buy one again. They too, have lost my trust, for in the future I will avoid United Airlines.

This raises the question, why did people react this way to something they have obviously done wrong? It's 99% pride. They can't possibly think that trying to justify their mistake will ingratiate them more to the public. However, we all do it, myself included, and then blame it on the human condition, blah, blah.

Both of these examples, United and Volkswagen, illustrate that people will remember the first response before they do the second. In other words, if you're going to make an astonishing first response, make it be one that will astonish people for it's honesty, sensitivity, and humility. Make it a true heart-felt mea culpa. As we have seen in this case, no matter how well the second response appears, it is overshadowed by the first response with little chance of recovery. People have an easier time forgiving you if you are honest in the first place.

A number years ago the communications officer of a large international corporation told me about a file folder in her desk which contained dozens of canned first-responses to potential public relation disasters ranging from product recalls, to on-site shootings, sex scandals, or a light-fingered CEO. It underscored the importance of a thoughtful first response—that first impression which is the one that sticks.

How does this affect the brand in the long run? I still maintain that brand is equal to awareness plus meaning. Publicity is a great way, or as in these cases, a not so great way, to gain awareness. But as we have seen, it is the response that can imbue meaning. So why not take advantage of even negative publicity to reinforce the meaning by having the correct response?

Honesty is the best policy, first as fellow citizens, and then protectors of our brand.